Who’s traveling to Baltimore in early June to compete in the First Annual Baltimore Bocce Classic?  Bryan Schwabline and I talked today and he has released the details to me.  The first 16 teams to register and pay will be guaranteed a spot.  Bryan, Dino Basso and Gianni Andracchio are running this event on the public bocce courts in Baltimore’s Little Italy during the St. Anthony’s Festival .  Get more details here.  – Joe Bocce

For those in the Philly area who love to play outdoor bocce, be sure to register early for these leagues.  If you are a newbie or a veteran player, you are welcome!

This year the All-American Liberty Bocce Leagues company has expanded and now plays in Manayunk.

Gary Scarmack sent me the details for the 2018 Bessemer Croatian Club Winter Bocce Tournament today.  Follow the link to the details in our event calendar.

In our Tournaments Calendar, we now have all the information you need to play and stay at the 2018 World Series of Bocce.  This year is the 45th Anniversary and it’s expected that over 100 Open Division Teams (All Men or Mixed) and over 36 Ladies Teams will participate.  Over $30,000 in prizes will be awarded. 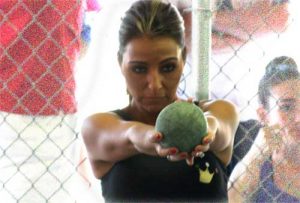 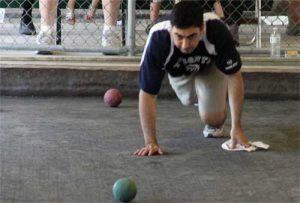 The 2018 Southern California Bocce League winter meetings have wrapped up and the schedule for tournaments has been made.  Today I got a copy and will put the events in the calendar shortly, but to keep you from waiting longer, I will list them now.  All of them cost $180 / 4 person team.

If you have a bocce tournament or bocce club or facility that you want listed, please email me and I will certainly get it on the page.  Please include your club name, bocce contact, phone, email, website, Facebook page, other social media, physical address, a digital copy of your logo, photos from events and any info about leagues and tournaments.  Look at some other club / venue pages to see what your page can look like.