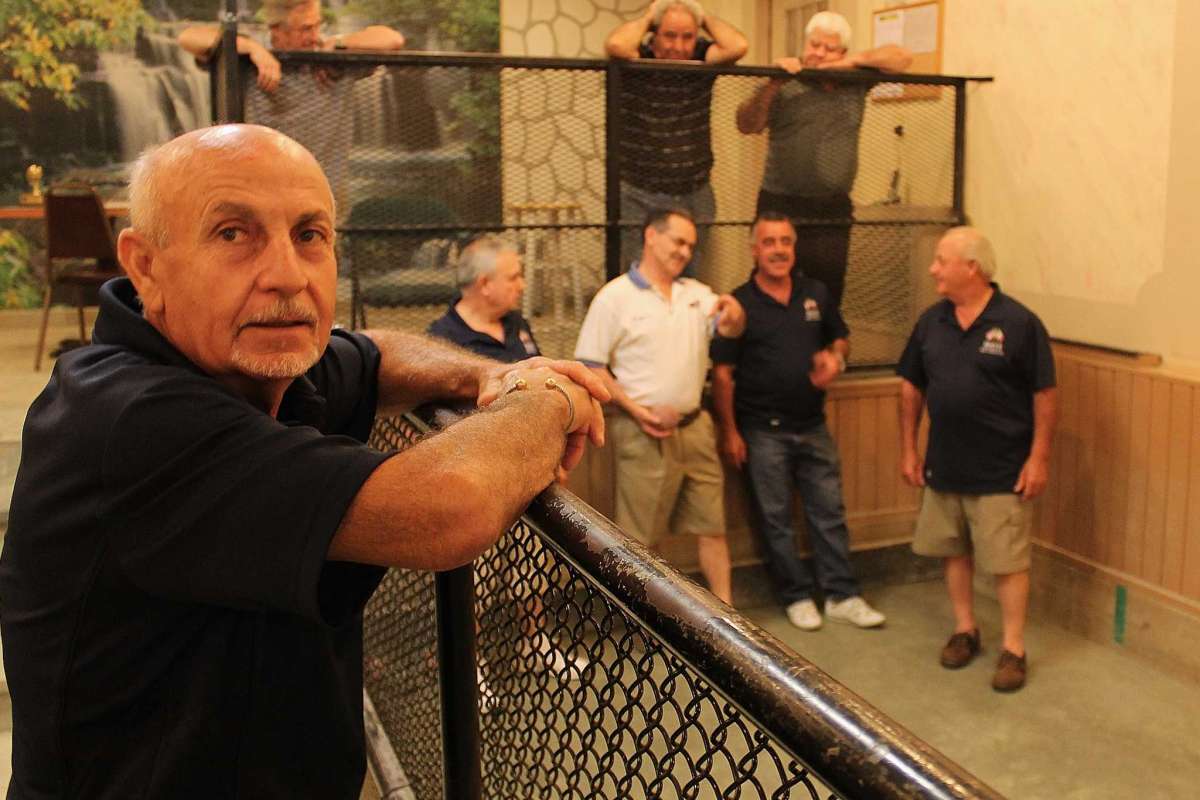 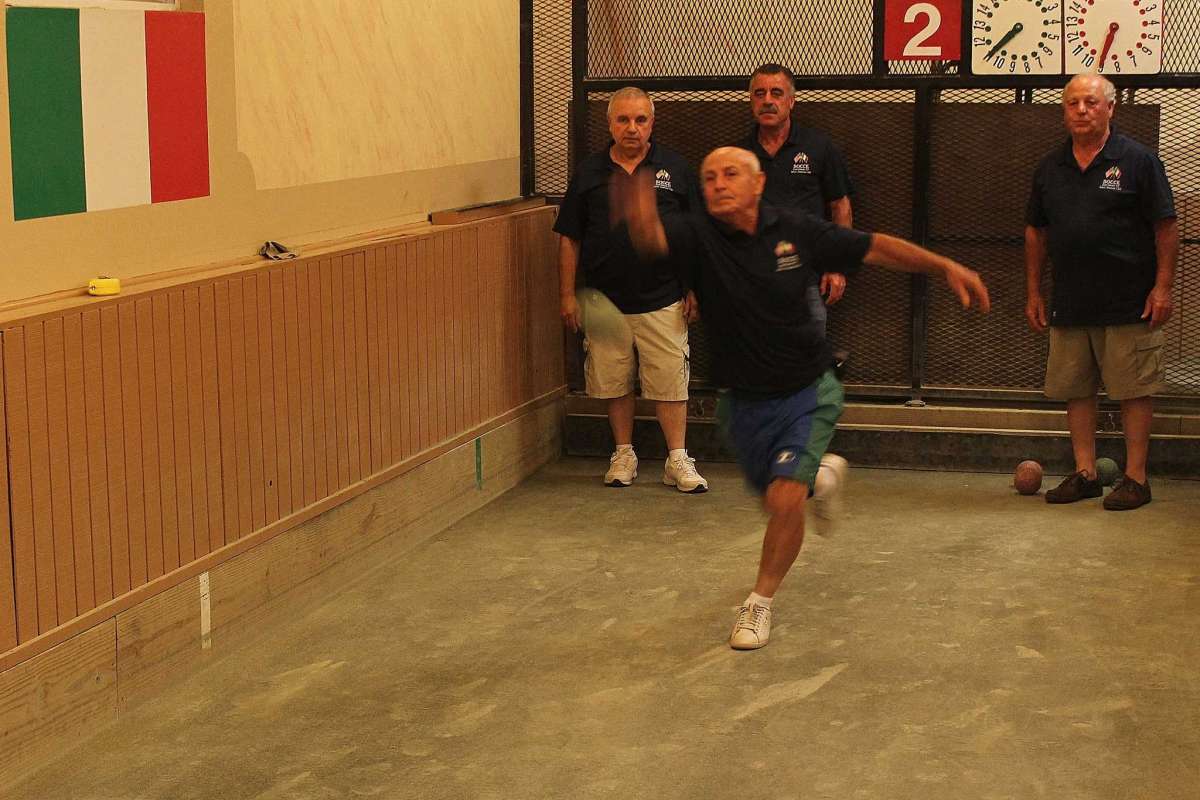 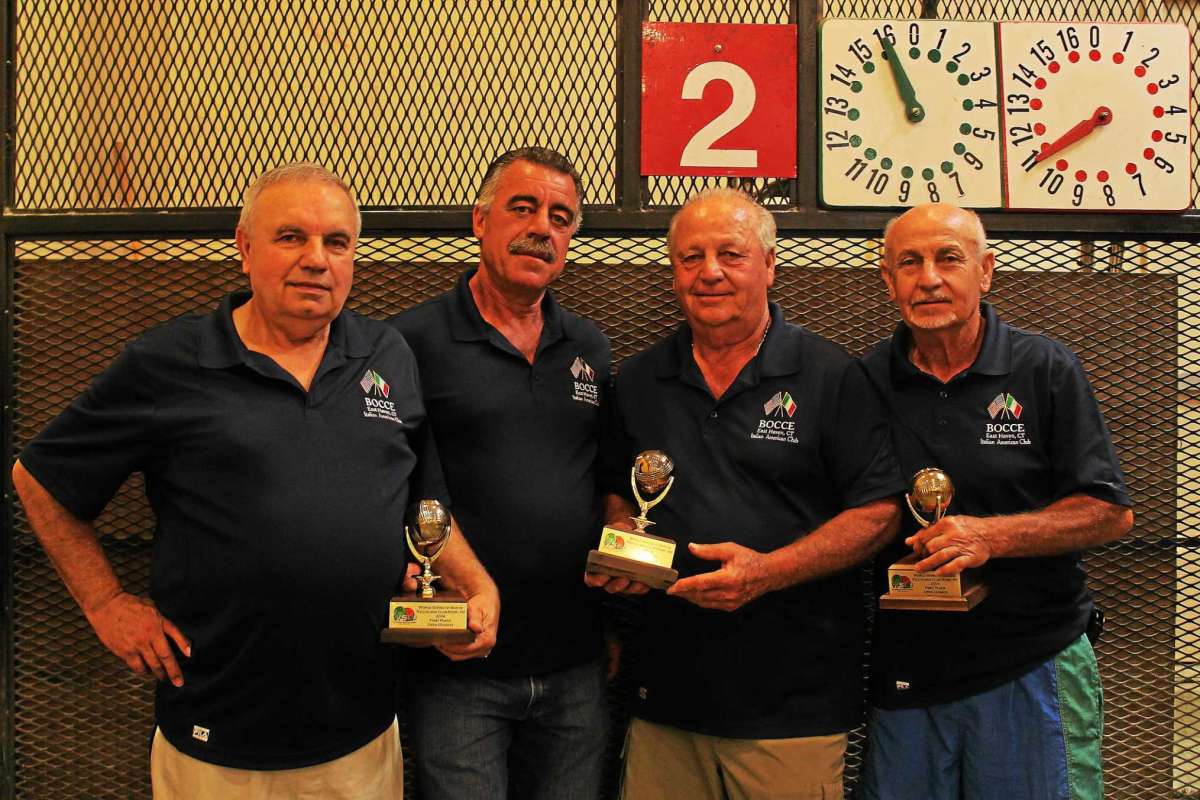 One of the East Haven, Connecticut  teams won the 2014 World Series of Bocce Championship.  Read the article from the New Haven Register.

EAST HAVEN >> Vincent Gagliardi brushed his mustache briefly with his finger, thought to himself and then looked over at his friend Andy DeLucia.

“That guy right there is the glue that holds this whole team together,” Gagliardi said about DeLucia. “He’s the man.”

DeLucia and Gagliardi, along with Angelo Rossetti and DeLucia’s brother, Joseph, had claimed the championship in July at the annual World Series of Bocce held in Rome, New York. The East Haven quartet was one of 93 mens’ teams to compete and ran the table, going undefeated. In what was an all-New Haven County final, they bested the Hamden Bocce Club 16-12. The three-day tournament draws teams from all over the country and Canada.

But the team’s story did not begin in upstate New York, or even East Haven, for that matter. All four men originally hail from Caserta, a city in southern Italy that’s about a two-hour drive south on the autostrade from Rome.