The Burlington Bocce Club plays on the official courts at Oak Ledge Park in Burlington, VT. The Club was founded in 2007 as a social and recreation oriented club that is dedicated to providing Burlington a place to gather around the game of Bocce.

There are three official courts at Oak Ledge Park. Courts are 80’x10′ with a crushed stone surface similar to clay tennis courts. We use Perfetta 107mm competition standard bocce balls, and follow US Bocce Federation Rules. Club members ages range from 10 to 80. It’s easy to learn, easy to play, very fun, and competitive. Club features singles and doubles leagues, and single day tournaments throughout the year. Check the posted Calendar for more details. 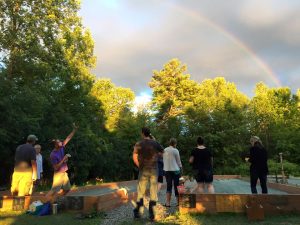 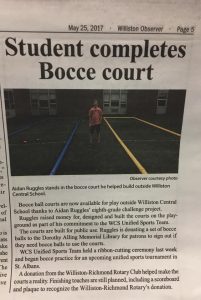 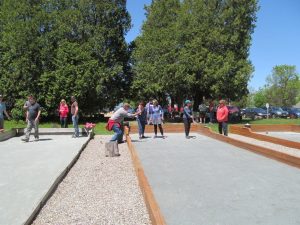 *Sunday Bocce Socials – 4:30pm
Every Sunday at 4pm is the Bocce Social. Nothing formal, just an opportunity for fun play.