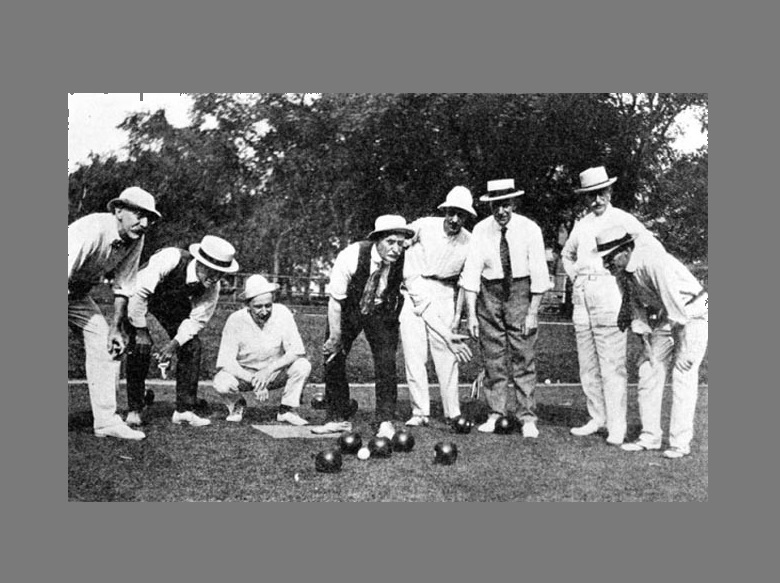 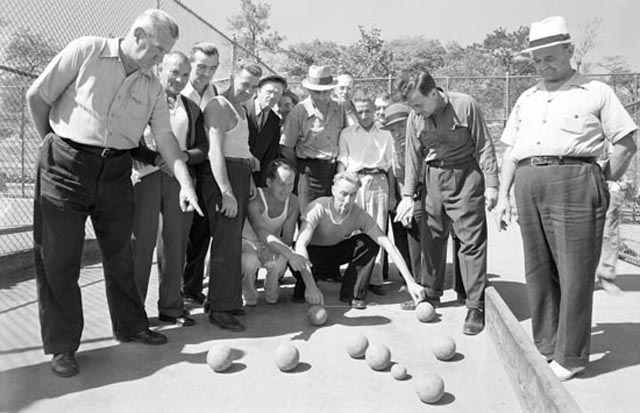 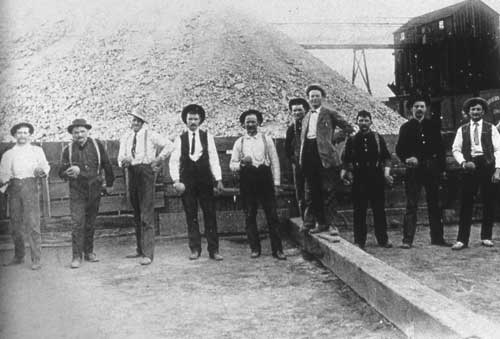 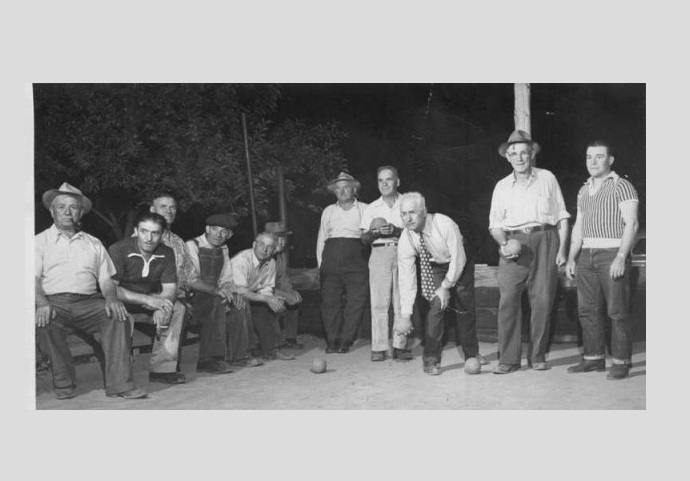 The San Pedro Bocce Club was established in September 2012 to (1) promote the game of bocce for adult players of all nationalities and abilities and (2) to provide a social, friendly atmosphere within the Club and Community.

– Learn and promote the game of bocce

– Conduct a Club league of teams

The origins of bocce ball can be traced back as early as 5200 B.C, in Egypt, making it possibly the

oldest game in human history. The game was imported by the ancient Greeks by 800 B.C. and later played by the Romans. During the Middle Ages, bocce became popular and was played throughout Europe. However, by the 1300’s the game was banned because soldiers preferred bocce over performing military exercises and the Catholic Church deemed it a form of gambling. In the 1500’s Italy rediscovered and adopted bocce as we know it today and later it was brought to America by Italian immigrants.

Today, bocce has become one of the fastest growing sports in the United States. People of all

The San Pedro Bocce Club is one of nine (9) formal bocce clubs in Southern California, ranging from Torrance to San Diego. Tournaments among the clubs are held from March through October,

October 27, 2013 and annual So Cal tournaments, thereafter, on home courts located at Berth 95,

south of  the Catalina Express Terminal.  Events have had over 40 sponsors and contributors and

have been assisted by the San Pedro Beacon House. The 16-team tournaments were highly

successful and brought greater recognition to the Port of Los Angeles and San Pedro.  The 5th

Annual So Cal Bocce Tournament will be Sunday, September 17, 2017.

Additionally, the San Pedro Bocce Club has financially contributed to the San Pedro Beacon House (2013-2016) and the San Pedro Relay for Life – American Cancer Society (2015) and Comfort Zone Camp (2016) organizations and participated in the annual San Pedro Holiday Parade in 2013-2015.